A couple of days ago I made my first real stab at directing. The current module at NFTS is MoCap and for it I decided to design a story for the mocap to sit and take centre stage. The film is very short and is essentially a character piece taking place in one set with the bare minimum of dialog.

The film takes place in a child's room and the action is simple. A father reads his son a bedtime story and the story is an extract from the battle of Waterloo where Wellington meet
Napoleon in 1815. He then finishes and says goodnight, kisses his son's forehead and leaves quietly where the little boy falls a sleep amongst a bedroom full of toys. The soldiers then come alive and fight on his table and his books, marbles, rulers and comics form the battle ground.

The motion capture data that was filmed at Centroid in Pinewood studios will drive the soldiers. I also got to direct this part as well and so I do feel incredibly attached to it as a piece of work and will be one of the greatest pieces of work I think I will ever produce. 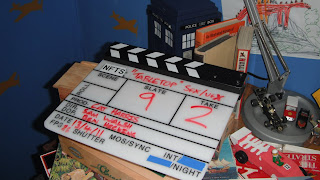 Working with a Cinematographer on this was such a great experience and also having ability to control the shoot as a director was a blast. Benjamin Hecking was my DoP and was a massive advocate in making this much more than just an exercise in our VFX time table. His ligthing was great and he captured an amazing sense of reality with his shadow placement. The set was built by Steven Granger, after building our Conway set he once again stepped and knocked up a beautiful set that transported us and me back when we were all young and when toys were constantly on our minds. He set was full of great props and finished off with hand stippled stencils of aeroplanes. 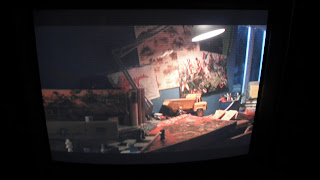 I have also contracted an editor and a composer for this and I will know more next week but at the moment I am very happy about the possibilities for this film. I also received all of the mocap data from Centroid and couldn't resist putting a little test together...